Lawless Lockdowns Ending: What Are Your Constitutional Rights? 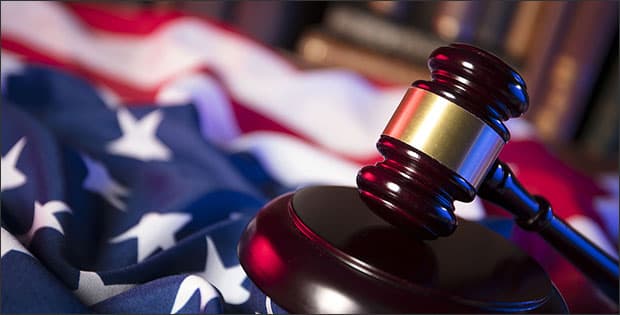 We saw opposition to lockdowns in the early days of the coronavirus pandemic in the spring of 2000. Some businesses reopened despite the governor’s orders in many states and continued to operate despite receiving daily fines.

People were uncertain and afraid of big gatherings. Almost everyone stayed home, and everything remained closed.

Then in the summer, we saw protests on the streets. Thousands of people gathered, some of them not wearing masks. Some of the credibility of experts wore off.

Now, it’s finally time for governor-enforced lockdowns to end. It is time for the state governments to work the way our constitutions intended.

In September 2020, Pennsylvania became the first state to rule against its lockdown measures. This included mandatory social distancing and workplace regulations – imposed by Gov. Tom Wolf.

On October 2, 2020, Michigan’s Supreme Court did the same with Gov. Gretchen Whitmer’s state of emergency declaration and executive orders.

What does it mean that you have rights under our constitution? There is a lot of rhetoric flying around these days. Some may be confused about who gives us our rights, and who has the power under the United States Government.

We’ve heard a lot about “due process” in regards to criminal law. It means that every person has the right to be tried in a court of law if they are guilty of a crime. Not the court of public opinion, or pursued by a mob, but a chance to have their side heard in court.

The phrase “substantive due process” should conjure a different image. It means the same idea found in the Declaration of Independence: every person is created equal, and every person is given “inalienable” rights.

You could also call them “undeniable” rights. Though powerful people and unjust rulers might try to take these rights, the founders of our nation believed these rights were given to all people by God. In addition, that the government had no right to take them away or interfere with them without due process.

Therefore, a state or federal government should have to show a compelling interest to interfere with a natural right and that it is acting on that interest in the narrowest possible way.

In other words, a governor who was respecting your natural rights could have quarantined the most vulnerable during the pandemic and left the healthy population, unlikely to be seriously affected by the virus, free to make its own decisions for health and safety.

That would have been a way to act on the state’s interest – keeping the health care system from being overwhelmed – in a narrow way.

Instead, Michigan’s governor and other governors closed many types of businesses – some remain closed – and arbitrarily named others as “essential” even when that resulted in large crowds being allowed in stores, or at protests, but not in churches.

What This Supreme Court Decision Means

To reiterate the above: our state and federal government do not give you, an American citizen, your rights. You, the citizen, give your government the right to govern you.

Gov. Whitmer’s lockdown orders infringed on your first amendment rights, and many others. Lawsuits are pending in the courts – and there will be others – over businesses and lives that were ruined because of the unconstitutional executive orders.

The truth is, someone like Owosso barber Karle Manke was treated like he was doing something unusual and unsafe by opening his business early in May. However, he was acting like Americans have always done. He was protesting unjust rule and violation of his “unalienable rights” through civil disobedience, and his “side” has prevailed.

View more honors & awards
David is amazing words cannot describe how knowledgeable and professional he is. He gets the job done and goes above and beyond he looks out for your best interest. I would want anyone else to represent me other than David Kramer
David T.
David Kramer was an amazing attorney from start to finish. At our first meeting he answered any question I had and I left with complete confidence that he was the right guy for the job, and I was right. He is incredibly knowledgeable about the ins and outs of the law and is respected and liked which made the whole process so much easier. Everything that he said would happen did and at no point did I feel let down or like I had to settle for something I was unhappy with. If you want an attorney who will fight for the absolute best outcome and reassure you the whole way David Kramer is definitely the way to go.
Anna S.