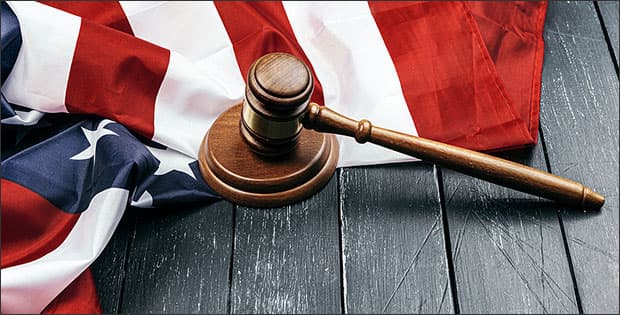 When you think it can’t get crazier in 2020, there is a plot to kidnap Michigan’s Governor Gretchen Whitmer. Not only that, but she and her family had to be moved several times as law enforcement surveilled the kidnapping group.

In early October 2020, the FBI decided enough was enough, and they arrested 13 men. In one interview, former special agent in charge of FBI’s Detroit branch, Andy Arena, says he’s concerned about more violent extremist action in the weeks leading up to the election.

Where do Michigan militias fit into all of this?

The FBI found out about the kidnapping plot. The Bureau received tips from members of the Michigan militia group, Wolverine Watchmen, when they grew concerned over the kinds of things the would-be kidnappers were talking about doing.

The thirteen men arrested for the kidnapping plot are facing multiple felony charges for their actions, including surveillance of Gov. Whitmer’s vacation home in Northern Michigan.

Other militia groups have been arrested and then acquitted of charges after a court determined they were exercising free speech.

Are Militias Legal in Michigan?

So, is it legal to be in a militia? Is it legal to shoot firearms and train in marksmanship with other men? When does it become illegal?

Our nation’s courts have had difficulty interpreting the Constitution because of the Second Amendment. This is because the amendment specifically mentions the right to keep and bear arms and militias.

For an excellent summary of the history of thought on these things, and the Supreme Court’s interpretation of this Amendment, see the legal dictionary article, Second Amendment.

Here’s the short version: while our Constitution does enumerate citizens’ explicit rights to bear arms and form a militia, the court has interpreted the militia clause to mean that our federal government can’t infringe on the rights of states to keep their own militia.

Since Michigan has a National Guard, all militia groups must be in subordination to that. The court has said that, as long as our system provides for a peaceful transfer of power in free elections and the right of every citizen to a trial by jury, citizens have no right to assemble private militias.

Any militia group in Michigan must be in “subordination to the civil power” to be legal.

According to Michigan Penal Code Section 750.528a: Michigan has made it a felony to either:

In addition, Michigan Penal Code Section 750.215 has also made it a crime for anyone who is not a peace officer (sheriff, deputy sheriff, police officer, federal or state law enforcement officer, and security employee, etc.) to “perform the duties of a peace officer.”

Did our founders envision our states becoming so populous? Did they foresee a time when even state governors would seize unilateral control over their governments and impose such severe restrictions on the people?

How about radical left-wing violence that went unchecked, where businesses were looted and burned down? Did they imagine there would be widespread agitation to abolish lawful policing?

It may be understandable for men to be afraid of tyranny. However, our form of government still holds.

Criminals get a trial by jury. Furthermore, if you don’t like your government’s policies, you can vote in a new government.

Our state government has just prevailed to force our governor to work with the legislative branch to combat the pandemic, rather than seizing all the power within the Executive branch.

In addition, in Detroit, we haven’t seen the violence and chaos that we have in other parts of the country.

It may not feel like it, but American citizens still hold power to work within our system. If you don’t like what is happening, you can vote, and you can influence others to vote with your words.

You don’t have the right to plan or teach others how to overthrow the government by force.

If you are being charged in connection with a Michigan militia, call my office today for your free initial consultation. Don’t let this ruin your life.

View more honors & awards
David Kramer is a great attorney with a passion for the law. He vigorously defends his clients and obtains optimum results. He did an incredible job for me. I highly recommend David Kramer for any legal problems and or issues
bridget a.
David recently helped me through a brutal and very difficult divorce. He was aggressive, knowledgeable and incredibly dedicated to my case. David is a class act and well respected in the legal community. He took my calls and emails at all times of the day and gave me sound advice to navigate through a very messy situation.

More than anything he helped me separate from a controlling spouse and gave me my life back. I felt like I had an army behind me because David fought so hard for the best possible outcome. A few times, I wanted to fold and settle when I was emotionally drained but he refused to let me get taken advantage of.

If I could give David 100 stars I would. You would be hard pressed to find a better attorney or human to have on your side during difficult times.
Kimberly B.