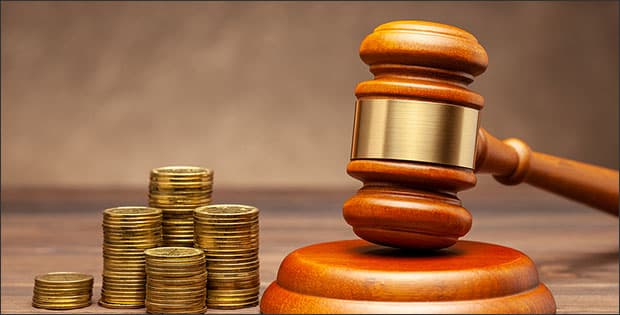 You may have heard it called “cooking the books.” In this post, we will take a close look at sales tax fraud examples, the penalties, and defense.

In the past, when even criminal enterprises have needed one set of financial records kept accurately, they have kept more of their earnings by creating a false second set of books.

These false records enable them to, among other objects, keep more profits by not paying income tax.

The U.S. Department of Justice calls it “tax zapper” software, and it’s going after small businesses for tax fraud.

What is Tax Zapper Software?

Formerly, when cash businesses wanted to skim cash, they had to keep a second set of books by hand to conceal some of their business while making it appear as though they were running a legitimate operation.

It required some amount of diligence and brainpower to make the fraud look accurate and to keep employees from stealing.

Now, Point of Sale software automatically creates a second set of records with a push of a button.

In December 2016, in the first case of its kind, John Yin of Everett Washington pleaded guilty to wire fraud and conspiracy to defraud the U.S. government.

Yin was found guilty of promoting and selling revenue suppression software. He has agreed to repay $3.4 million to the state of Washington and the U.S.

The IRS is going after small businesses in hopes of finding more revenue suppression software salesmen.

Here are the actions constituting sales tax fraud in the state of Michigan:

Additionally, knowing about this crime and not reporting it is a misdemeanor in the state of Michigan with a one-year jail sentence and $1,000 fine.

If you are convicted of sales tax fraud, you are likely to face both state and federal penalties. Moreover, the Department of Justice is making the prosecution of these crimes a priority.

Call my office today for your free consultation.

View more honors & awards
I would give David Kramer 10 stars if I could! He is truly a class act, top of the line professional. We have not had much experience with the legal system, but we selected David based on the 5 star Google Reviews to help us with a legal case - we could not have selected better and I would recommend David to anyone dealing with any form of legal issue. He is extremely knowledgeable, dedicated, effective and absolutely a pleasure to work with, a true professional. I could not have asked for a better outcome, thank you David, you have a client for life.
David K.
David Kramer was a beacon of hope to my family and I at a time when our options appeared limited. The likelihood of a satisfactory resolution seemed nearly impossible. Not only was he able to defend me from an unjust accusation, his calm and empathetic demeanor offered emotional support to myself and those I care about most. I am eternally grateful for his service and I hereby recommend Mr. Kramer without any hesitations.
Xiemar V.