What Happens When We Elect Our Law Enforcement Officers 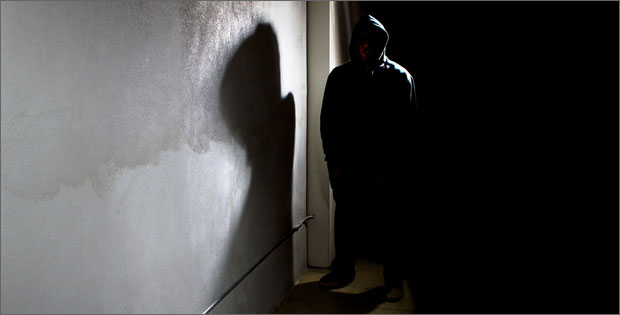 True crime lovers should listen to In the Dark. It’s a podcast put out by American Public Media, a non-profit public radio show dedicated to investigative journalism.

APM Reports has several interesting podcasts. One podcast, In the Dark, has followed in the footsteps of another exceptional piece of public radio reporting, Serial.

Season one of In the Dark chronicles the 27-year-old abduction case of 13-year-old Jacob Wetterling, from rural Minnesota. As In the Dark was beginning to air its first episode in 2016, Jacob’s abductor and killer confessed to the 1989 murder.

The podcast digs deeply into the investigation by the Stearns County Sheriff’s Office. It’s a clear and thorough glimpse behind the curtain of what a rural sheriff’s office says about itself.

The reality is that this crime, and others like it in Stearns County, was not thoroughly investigated. The sheriff’s office made mistakes it should have known better than to make.

County sheriffs aren’t required to have any law enforcement training to run for office. This means that if a murder or an abduction is committed in a rural county under the jurisdiction of the county sheriff, the man ultimately responsible for running that investigation and solving that crime could be making mistakes from a lack of training. Afterward, he wouldn’t be held accountable.

Jacob Wetterling’s Case Could Have Turned Out Differently

In the case of Jacob Wetterling, Stearns County Sheriff’s Office made several mistakes. They ignored, or didn’t know about, the number one rule known by good detectives for more than 100 years: you always interview the neighbors.

Any potential witnesses should be interviewed early and often. Most of the time, it’s the seemingly insignificant details provided by witnesses help law enforcement apprehend criminals.

In Jacob’s case, law enforcement had the advantage of knowing Jacob had been abducted. His two friends who were with him saw the man who grabbed Jacob, pointed a gun at them, and told them to run.

Not only that, but many of Jacob’s neighbors saw the blue car his killer drove in and out of a dead-end country road which he used to abduct Jacob.

However, the sheriff’s office didn’t talk to any of them.

The haunting reality is that even though the search went on for 27 years. Jacob was dead within a few hours of his abduction. Additionally, his killer was known to the sheriff’s office as a child molester before Jacob went missing.

This APM podcast does a great job of proving just how many times law enforcement could have caught Jacob’s killer but didn’t. Furthermore, it wasn’t the only crime like it they couldn’t solve.

There are those out there who have agitated to dissolve county sheriff’s offices in favor of government employees who are trained. What do you think?

Should we have law enforcement agencies who operate outside of all but voter oversight? Here’s another question: how can you, as an American, do your part to hold elected law enforcement officials to a high standard?

These questions and many possible answers are part of this podcast at In the Dark.

View more honors & awards
David is amazing words cannot describe how knowledgeable and professional he is. He gets the job done and goes above and beyond he looks out for your best interest. I would want anyone else to represent me other than David Kramer
David T.
Wow!!!! What an amazing attorney and appears to be an even better person.
He knows a lot of the right people.
I was facing some serious charges with skeleton's In my closet. I followed his advice and he came through with everything he said he would and even then some.
I highly recommend him to anyone in need of his services.
I'm sorry that I had to get to know him under these circumstances, but I'm grateful that our paths crossed.
Thanks again David for everything you have done for me and my family.
M. S.