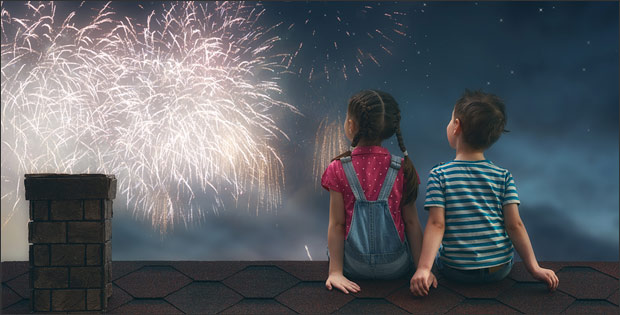 Fireworks are the classic way to celebrate the Fourth of July. If you have grown up in Michigan, it is hard to imagine this day of independence without sparklers, snaps, snakes, and poppers. However, are you used to hearing aerials, roman candles, and missile-type rockets?

In 2011, Michigan lawmakers loosened Michigan firework laws by allowing the sale of most consumer-grade fireworks approved by the federal government. What had to be purchased in states like Indiana and Ohio can now be bought right in Michigan. Before the law, Michigan had allowed for low-impact fireworks like sparklers and poppers, but now high-powered and aerial fireworks can be bought.

While for the State of Michigan, this is generated a huge increase in revenue for the state, it has also caused many residents to become angry and frustrated. One Michigan resident stated, “I now have to spend my independence day feeling like I am in a war zone.” Many residents are not happy and want the laws to be changed.

In the meantime, firework users need to be aware of the laws not just for fireworks, but for noise ordinance as well. Michigan resident, Karl Andrezejewki, thought he was following the fireworks laws. Unfortunately, he ended up breaking a noise ordinance law and was ticketed with a misdemeanor charge.

Andrezejewski was cited with a noise violation for setting off legal fireworks in front of his home near West Main in Kalamazoo Township the day after Memorial Day. He fired ten rockets at about 10:00 pm. He was under the impression that he was following the law regarding fireworks and he was. It was the noise that came from the rockets that broke the noise ordinance laws of this town.

Andrzejewski stated, “My intention was not to break the law or upset people.”

Local noise ordinances say that the noise must be kept below 55 decibels after 10:00 pm in more densely-populated neighborhoods.

This case clearly spotlighted the conflict between Michigan fireworks law and local noise ordinances.  What happens when one law that allows the use of fireworks comes directly opposed to another law like noise ordinances?

There is a lot of confusion regarding Michigan law in relation to fireworks. Michigan did pass a law in 2013 called “The Common Sense Law.” It still allows for the use and purchase of high-powered fireworks.

This heated issue continues to be a topic of debate.

Regardless, you don’t want to be spending your holiday dealing with the police instead of celebrating this great holiday.

If you do find yourself in a legal situation regarding fireworks and noise ordinances, contact a defense attorney right away. This is not an area that you want to have to have a misdemeanor on your record. We are here to help answer any questions you might have.  Call today.

4 comments on “Michigan Fireworks Laws Vs. Noise Ordinances Laws You Need to Know”

View more honors & awards
Literally the BEST attorney in metro Detroit! I've unfortunately had to hire him 2 times and he is a PIT BULL! Well worth ANY price he sets! Screw SAll,, Better call Kramer if you're in trouble and in metro Detroit....
Damion B.
David is one of best attorney in Detroit area..he is highly experienced and talented with tons of accolades ,you can just trust him and he will do it for you ..I strongly recommend to others
shravan k.