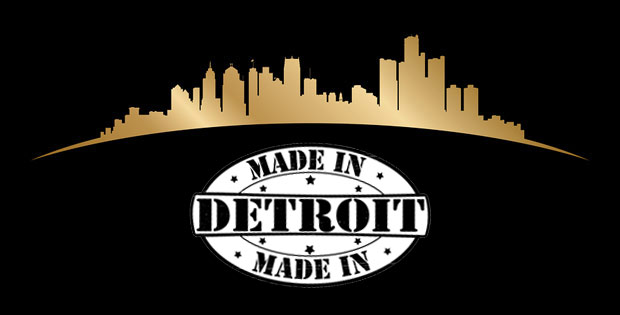 Will Detroit make a comeback?

One of my favorite commercials of all time was the Chrysler Eminem Super Bowl Commercial in 2011. Do you remember the quote, “What does a town that’s been to hell and back know about the finer things in life.”? Or,

“It’s the hottest fires that make the hardest steel. Add hard work and conviction and the know how that runs generations deep in every last one of us. That’s who we are, that’s our story.”

I remember watching that during the Super Bowl and feeling inspired. That commercial inspired a nation to rally around Detroit, and I’m sure Chrysler sold plenty of 200s from it.

Detroit is a city looking to make a comeback.

The Detroiter who Walked to 21 Miles to Work

One Detroit man who encompasses the tenacity and drive that was commented in the commercial above is James Robertson. He is the man who walked 21 miles to get to work.

Robertson’s commute schedule included time for 2 hours of sleep during weekdays. When asked about his commute, Mr. Robertson said, “I can’t imagine not working”.

“They say if there’s a will, there’s a way. That’s something I never forgot.”
~ James Roberston, How One Detroit Man Inspired Us

Another way that Detroit is making a comeback is through the specialty courts. Michigan specialty courts are courts for those with mental health and sobriety needs. These courts are targeted at our veterans and former offenders in our community.

In Michigan’s Specialty Courts Making a Huge Impact, I wrote about how much of an impact these courts are making. Below are a few statistics:

Detroit is Making a Comeback by Ending Chronic Homelessness

Now, Detroit has set its eyes on ending chronic homelessness in our fair city. According to an article by the Detroit Free Press, city officials are allocating dollars and talking about strategies to help reduce homelessness in Detroit.

The Homeless Action Network of Detroit (HAND) manages around $26 million annual state and federal funding applications for homeless programs. There are about 28 Detroit-based agencies. Last year, over half of that money was invested into permanent supportive housing efforts.

The Homeless Action Network of Detroit told the Free Press that in 2014, there were 3,300 people experiencing chronic homelessness. Two-thousand, two hundred and twenty three people were aided by permanent supportive housing.

What is chronic homelessness? It is when someone experiences repeated episodes of homelessness or 5 years or more of continuous and long-term homelessness. Justin Petrusak, a program manager for NSO’s homeless recovery services stated,

“The mayor brought experts in the field together because he’s looking for evidence-based strategies and practices. He’s not looking for a magic wand,” “That’s what the report is going to include: strategies that work.”

Another area where Detroit is working to make a comeback is also in reducing crime. While the crimes rates are a decline, there is still work to be done. In this article, we see some of the areas city officials and Detroiters themselves are working to bring back the city.

What do you think? Will Detroit make its comeback?

David Kramer is an aggressive and effective advocate for his clients. He helped me to resolve a serious legal matter to my satisfaction. I highly recommend him for his detailed knowledge of the law and his excellent representation and client service.

He is compassionate and works hard. We have had complete trust in him from day 1 and he has not let us down. He has helped us through a very difficult time. I would recommend him to anyone and everyone.