The Reality of Being a Suspect When You Are Innocent 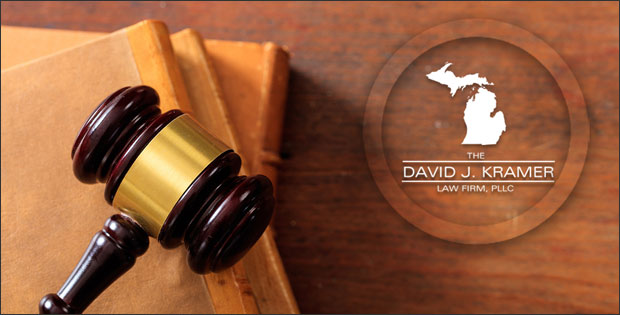 Have you been named a suspect or a person of interest in a criminal investigation? Could either one impact your life?

To illustrate what could happen, I would like to highlight the story about the investigation of Jacob Wetterling’s disappearance, as covered in the In The Dark podcast by American Public Media.

One of the most fascinating pieces of this story is how long it took police investigators to solve the crime and what that led to. If you listen to the podcast, you will discover that the Stearns County Sheriff’s Office, of rural Minnesota, had the identity of the killer from the very beginning.

However, you will find out that they couldn’t find a way to charge him until almost 30 years later. You will also learn about a man named Dan Rassier.

What happened to Dan Rassier in connection with Jacob Wetterling’s disappearance is, sadly, not uncommon in criminal investigations. He was named a “person of interest” many years after Jacob disappeared. As we will see, this had a profound impact on his life while giving law enforcement an unfair advantage.

Dan Rassier still lives across the street from the site where Jacob was abducted. His abduction site was known because the man who took Jacob let the other two boys go. They immediately told their parents what had happened.

When a new Sheriff was elected, the investigation took a different course. The Sheriff’s office used one story to rule out previous evidence and decided to look at Dan Rassier because of his proximity to the site of Jacob’s disappearance.

In 2010, they named him a person of interest in the media and began several intrusive searches of his private property. Dan’s reputation was ruined. He came under suspicion at the school where he taught, and he lost his private trumpet students. He also says in his interview that no woman wants to date him and that he can’t talk about his private stress to family members or friends.

When the real killer, Danny Heinrich, confessed the murder of Jacob Wetterling in 2015, police finally cleared Dan Rassier of any involvement. However, the damage had been done.

Is a Person Of Interest a Suspect?

The problem with this practice of naming a person of interest is that it’s a legal gray area. It doesn’t mean suspect, but it doesn’t convey innocence either. Additionally, it gives the police an unfair advantage. It says they can question a person, and conduct searches, without having to inform him of his Miranda rights.

The same thing happened to Richard Jewell, who warned police of the bomb at the Atlanta Olympic Games in 1996 and helped evacuate people. He ended up becoming a person of interest in the case. Though he was innocent, his name will always be tied to that potential bombing in a negative way.

Unfortunately for Richard Jewell and Dan Rassier, their only legal recourse is to bring a lawsuit against the media and the law enforcement agencies that tarnished their reputations. They can’t get their former lives back.

Being named a suspect or a person of interest in a criminal investigation is a scary situation and one that can have legal ramifications even if you are innocent.

It is imperative that you consult with a defense attorney at your earliest opportunity if this happens to you. You need someone on your side.

View more honors & awards
Wow!!!! What an amazing attorney and appears to be an even better person.
He knows a lot of the right people.
I was facing some serious charges with skeleton's In my closet. I followed his advice and he came through with everything he said he would and even then some.
I highly recommend him to anyone in need of his services.
I'm sorry that I had to get to know him under these circumstances, but I'm grateful that our paths crossed.
Thanks again David for everything you have done for me and my family.
M. S.
David Kramer was an amazing attorney from start to finish. At our first meeting he answered any question I had and I left with complete confidence that he was the right guy for the job, and I was right. He is incredibly knowledgeable about the ins and outs of the law and is respected and liked which made the whole process so much easier. Everything that he said would happen did and at no point did I feel let down or like I had to settle for something I was unhappy with. If you want an attorney who will fight for the absolute best outcome and reassure you the whole way David Kramer is definitely the way to go.
Anna S.