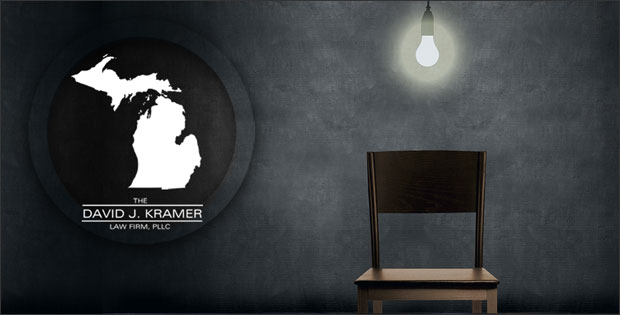 Stop. Do not talk to that police detective without first hiring an attorney.

Reasons Not to Speak to Police Without an Attorney

Here are the top five reasons you should not go in and talk to police without a criminal defense attorney:

#1: You Have a Constitutional Right to Remain Silent

As you will see below, there are many ways in which this could go wrong for you and only one way you can easily guarantee that you can protect your rights. That is to use your constitutional right not to incriminate yourself.

Popular crime and justice shows make it look like innocent people don’t get arrested and that only guilty people “lawyer up.” This could not be further from the truth.

Don’t give in to pressure from police to give a written statement, nod, shake your head or use any body language to answer questions.

Police can, and will, tell you that if you just answer the questions it will all be over. Many people have found out, too late, that police were saying what they wanted to hear to get them talking.

#2: You May Think You Can Talk Your Way Out of Getting Arrested

Here comes the second most crucial point. If the police have made you a prime suspect, and they have decided to arrest you, they are going to arrest you no matter what you say.

Even if you are actually innocent of the crime for which they are arresting you the worst thing you can do would be to assume you can make it better by talking – that you can talk your way out of the situation.

A common misunderstanding is that police are focused on getting the right perpetrator. In fact, police are trying to solve their cases. They are making cases – and are often burdened with too many cases to try to solve. If they are arresting you, you already seem guilty in their eyes. No words are going to change it at this point.

However, the mistaken idea that you can explain it all and walk out of there can get you into a lot of trouble very quickly.

We want to believe that every detective is a fine upstanding citizen with too much integrity ever to lie or misrepresent what a suspect says in court.

This could not possibly be true, so there is always the chance a detective could say you made incriminating statements you never made. This would be much less likely if your lawyer was present for any questioning.

In addition, no detective is going to be unbiased in his questioning of you if you are the prime suspect. And you will not be at your best.

Things can get lost in translation. If the questioning wasn’t recorded and nothing was written down until several hours after the fact, the sad truth is that the evidence will rely on the detective’s memory – which is just as faulty as the next person. He will want to bring out points that “prove” your guilt because, again, he wants to solve the case.

Sometimes people confess to police simply because they have a guilty conscience. They believe this is the right thing to do.

If you do this without the advice and presence of a lawyer, you may be shocked at how quickly and ruthlessly you will be penalized for your crime. What felt like the right thing to do at the time may end up costing you more than you ever thought.

If you need to tell someone, tell a criminal defense attorney. He has a legal right not to share what you have told him. You may find relief in confessing to your attorney – or even a priest if need be. The police are not going to take it easy on you for confessing.

There are a couple of other ways in which you can inadvertently confess without actually confessing.

One is that you may accidentally divulge a fact that can incriminate you, without telling the whole story or while attempting to conceal the story, or simply while telling a story you think proves your innocence.

Another is that you may inadvertently lie to police. You may, in fact, be innocent of the crime for which you are being investigated but be aware that some part of your story makes you look guilty and lie about that fact. If it can be proved that you lied, this can be used against you in court.

Simply remaining silent until you have a lawyer can take care of these problems.

#5: You Might Confess to a Crime You Didn’t Commit

I’ve written before about the phenomenon of false confession. It’s the single biggest reason innocent people go to jail, after witness misidentification.

While this is changing in law enforcement, police are trained to use forceful tactics in order to get confessions:

These techniques are very effective. Many people have confessed simply to make the questioning stop. The only – and very effective – thing you can do that can’t be used against you in court is to remain silent.

You should answer any and every question with the words: “I want a lawyer.”

If you are in police custody, resist the urge to talk to the police when they question you. The worst thing you can do is assume police are on your side. Contact a criminal defense lawyer immediately. Call my office today.

View more honors & awards
David Kramer is nothing short of amazing. His skill set is very direct and yet he is very approachable. Specializing in finding the details in everything, this is the lawyer that you want on your side. He lives up to every bit of the honors and awards he has received. I would highly recommend him to friends and colleagues.
Rebecca D.
David Kramer is a great attorney with a passion for the law. He vigorously defends his clients and obtains optimum results. He did an incredible job for me. I highly recommend David Kramer for any legal problems and or issues
bridget a.