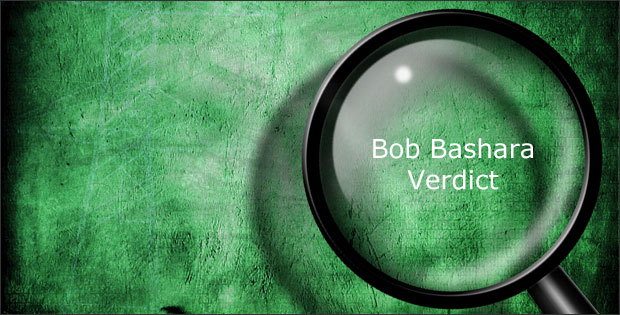 The story of Jane Bashara’s murder has shaken up a Detroit suburb and has attracted the attention of the entire nation. It is a story of hit men, drugs, sex and murder. The story came to an end yesterday when the Bob Bashara verdict was read that he was found guilty of murdering his wife.

Prior to January of 2012, the well off Detroit suburb Grosse Pointe Park had not had a murder in years. In fact, according to the Detroit Free Press, one of the police officers in charged of the Bashara case had never investigated a murder or a shooting in over 25 years.

That all changed with Bob Bashara reported his wife Jane Bashara missing on January 24, 2012. The next day, his wife’s body was found in her Mercedes SUV on Detroit’s east side. Jane Bashara had been beaten and strangled.

Less than a week later a handyman by the name of Joseph Gentz walked into the Groose Pointe Park police department and confessed that he had been hired by Bob Bashara to kill Jane Bashara. Bob Bashara had already become a murderer.

Bashara had already plead guilty back in June of 2012 to solicitation of murder in a plot to kill Gentz and was sentences to six to 20 years to prison according to the Detroit Free Press.

Gentz was later sentenced to 17-28 years in prison for the murder of Jane Bashara.

During the next two years Bob Bashara’s life became exposed. All Detroit heard about his scandalous personal life that didn’t stop at an affair. It was reported that Bob Bashara had a sex dungeon on one of his commercial properties.

It wasn’t until October of 2014 that the jury selections started for the trial. While neither Bashara nor Gentz testified, there were plenty of witnesses for the jury to hear from. The trial included over 70 witness and over hundreds of exhibits. The included a testimony that placed Bashara on a golf course using cocaine and trying to arrange hits on anyone who threaten his freedom.

The defense argued that Bashara was innocent and said Bob’s life was too good while his wife was alive. Jane Bashara made over four times the amount of money Bob Bashara did.

The jury started deliberations on Friday December 11th. On Monday, the jury had a questions that Bashara had to be there for. Bashara was in a nearby hospital with an undisclosed medical problem.

The trial was paused until Thursday. Around 3:00 pm yesterday, the verdict was read, and Bob Bashara was found guilty on all accounts including first degree murder.

Bashara awaits his sentencing that has been set for January 15, 2014 and faces mandatory life in prison.

It is easy to get caught up in the hype of a trial like this. Drugs, sex dungeons, and hit men can make you feel like you are watching a TV drama and not the lives of people from our own community. Our hearts go out to the Bashara’s children, family and friends.

What are your thoughts? Do you think that the jury got the verdict right?

I have worked with David on many cases. He is experienced, knowledgable, well-respected and he cares passionately about his clients!