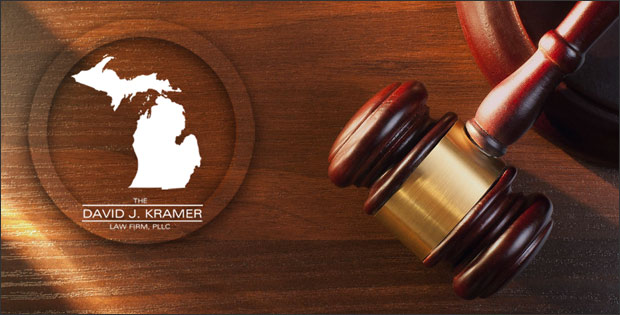 What are the consequences for carrying illegal concealed weapons in Michigan? Could a technicality land someone in prison? Let’s take a look at a case that made headlines in 2017.

A jury convicted Brandon Vreeland, 41 of Jackson, Michigan and James C. Baker, 24 of Leonard, Michigan of illegally carrying a concealed weapon in July 2017. This crime is punishable by up to five years in prison.

Why did they get convicted? Because Baker put his unloaded rifle in the locked trunk of Vreeland’s car, which is legal, but may not have had it in a case, which is not legal.

However, that is not the whole story. A video of what happened between Dearborn Police Officers and the two men on February 5, 2017 was published on YouTube. It shows what kind of chaos can ensue when you enter a police station openly carrying a gun, wearing a ski mask, with a buddy who has video equipment.

Baker’s defense attorney pointed out that it is perfectly legal to openly carry a weapon in a police office and nothing else the two men did that day was illegal. Additionally, this was meant to, and did, provoke a strong reaction from police officers.

The story has been full of twists and turns according to MLive. Both men were ordered to the ground and handcuffed. The video equipment was confiscated and used against them in court. The equipment was the prime piece of evidence used to prove the illegal concealed carry.

That charge was initially dismissed by the first judge. It was reinstated by Wayne Circuit Judge Mariam S. Bazzi after the prosecutor’s office appealed the decision.

Baker’s concealed pistol license had been revoked in 2015 after his arrest for disturbing the peace after participation in an open carry march in Wayne County. However, these charges were later dismissed. Baker’s attorney says the CPL license should have been immediately reinstated in August 2015.

The jury ruled that Baker wasn’t guilty of charges of brandishing a firearm or disturbing the peace. As reported, Baker kept his rifle slung across his back and never made a threatening move in the police department building. The same jury also ruled that Vreeland, who was unarmed, was guilty of misdemeanor disturbing the peace and of resisting arrest. That can carry a sentence of two years in prison.

The question for this jury is, why convict the unarmed man of a crime when you are not convicting the armed man? In addition, why convict both men beyond a reasonable doubt of illegally carrying a concealed weapon when it isn’t clear – according to Vreeland’s attorney – whether the gun was kept in a safe inside the car or not?

If Baker and Vreeland sought to make the point that, when it comes to gun laws, a man can be arrested even if he does nothing illegal, it seems like that point has been proven.

What do you think? Should provocative behavior be able to be punished by the legal system, even if it is legal?

If you are facing charges related to carrying a firearm, it is critical that you contact an experienced criminal defense attorney right away. Make sure your rights are protected to their fullest extent.

View more honors & awards
David Kramer law firm Is very friendly & knowledgeable and took care of all of my needs in a very professional & timely manner.
Michael P.
Literally the BEST attorney in metro Detroit! I've unfortunately had to hire him 2 times and he is a PIT BULL! Well worth ANY price he sets! Screw SAll,, Better call Kramer if you're in trouble and in metro Detroit....
Damion B.