Everything You Want to Know About the Courts in Michigan 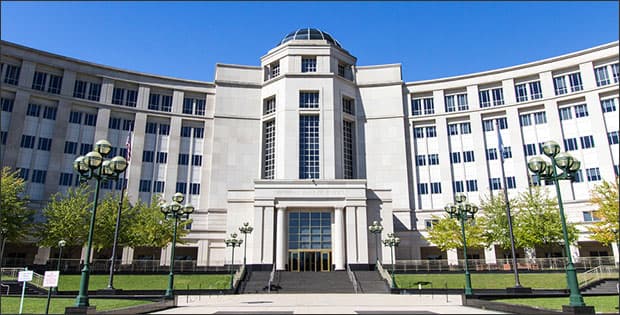 Every state has numerous courts. It can be bewildering when you encounter the court system for the first time.

To everyone who works in the court system, the information is old news; they give the same directions all the time. However, if you are worried about your charges, and you also don’t know the difference between the courts involved in your case, it’s going to add a new level of anxiety.

In this article, you will see a quick overview of all the courts in Michigan, and then a highlight of the three courts that count for most criminal cases. This guide will help you get an idea of how the system works.

The state is divided roughly in half by county, with the Upper Peninsula belonging to the Western District. There are five Federal District Courthouses that serve this district – the Eastern District. They are in Detroit, Ann Arbor, Bay City, Flint, and Port Huron.

The State of Michigan has two federal bankruptcy courts.

Michigan’s state courts, looking at the system from the top down, are:

Unless you are being tried for a federal crime, the only courts you need to be concerned with are the circuit court, the district court, and the probate court.

Arraignment, pre-trial hearings, and the trial (if there is one) will be heard here.

If you are being tried for a felony, your arraignment will still happen at the district court. District courts can also schedule the preliminary exam. However, then your case will head over to the circuit court.

If you are under the age of 17, your case will be heard in juvenile court, unless you are being tried as an adult.

The vast majority of juvenile cases are tried in juvenile court, which is a division of the county probate court. Sentencing decisions from probate court judges can range from incarceration in a county youth home, the state maximum-security juvenile detention facility, or probation.

As an adult, or if you are a child being tried as an adult with felony charges, your case will proceed to the circuit court.

Circuit courts are one per county. Macomb County has one in Mt. Clemens, Oakland County’s is in Pontiac, and Wayne County’s Circuit Court is in Detroit.

All felony cases are turned over to the county circuit court for the county in which your alleged crime was committed. Circuit court judges do have the power to send someone to state prison.

The other state courts in the system – the court of appeals and the Michigan Supreme Court – are the courts who hear any post-conviction motions. Federal courts in Michigan may also hear appeals from state courts.

The best way to make it through your experience with the Michigan court system is by hiring an experienced criminal defense attorney to help you navigate your criminal charges.

If you are facing criminal charges, please call my office today for your free consultation.

View more honors & awards
David Kramer has far exceeded all expectations in a recent DUI case in Oakland County. David’s immediate response, diligent follow up, knowledge of the law and relationships within the system, all contributed to a timely, significantly reduced sentence. He was able to accomplish what no other lawyer said could be done. His professional, direct, no bs approach was appreciated, effective, and confidence inspiring during a difficult situation. As in life, you often get what you pay for and this is no exception as David is worth every cent. Not only is David a great lawyer he’s a great person as well. Thanks again David.
Craig R.
I recently fell into a situation which could have affected me and my family for years to come. I approached different attorneys and only had limited options. After careful consideration and the confidence he instilled in me, I chose to proceed with David J. Kramer law firm which proved to be one of my best decisions.

From the beginning, David had the best interest towards my case and not only defended me but was able to deliver an outstanding outcome beyond my expectations. My charges were dismissed and i was left speechless. I am very grateful for his phenomenal service and take this opportunity to recommend him to anyone looking for the finest defense by their side.
Sri T.