How One Detroit Man Inspired Us All 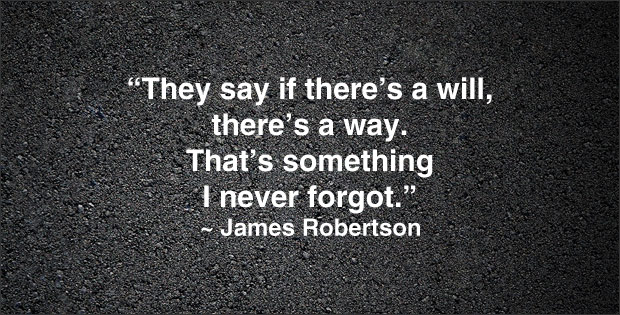 Detroit is known for many things. It is known for violent crimes, high homicide rate, bankruptcy, and as one of the most dangerous cities in America. Amidst all of that, one Detroit man has inspired us all with his determination and will.

James Robertson has been walking to work. While many people in America walk to work, they probably don’t walk 21 miles of their commute.

Times have been hard in Michigan as well as Detroit, but James Robertson rose to the challenge.

Getting to a factory job in Rochester Hills has not affected Robertson’s attendance record either.

Robertson’s shift is 2:00 pm – 10:00 pm. On his way home from work, he walks 7 miles to catch the last bus behind Troy’s Somerset Collection shopping mall. The bus leaves at 1:00 am. He rides the bus into Detroit, but not home. After the bus drops him off, he walks 5 more miles home.

By the time he gets home, according to the Detroit Free Press, it will be 4 am. He then sleeps for 2 hours, wakes up and gets ready for work. He’ll start his commute back to work at 8:00 am. He arrives at work around 12:30 pm.

Detroit’s harsh winter weather doesn’t stop Robertson either. Nothing stops Robertson. According to his boss, you won’t hear Robertson complaining about it either.

What Keeps Him Going?

Maybe it’s the 2-liter bottles of Mountain Dew and cans of Coke he drinks. More likely, it seems more to be his attitude, loyalty and his determination.

“I can’t imagine not working.”

This quote by Robertson has stuck with me. Not working was never an option for this man.

Robertson describes is co-working as a family. The plant manager’s wife cooks homemade dinners for him every day. “I look at her food, I always say, ‘Excellent. No, not excellent. Phenomenal,” he says, with Wilson sitting across from him, nodding and smiling with affirmation.

This story broke earlier this week and there hasn’t been a time when I’ve been on Facebook that I haven’t see a link to this man’s story. He has inspired a nation with his determination, his attitude and his loyalty.

Then a Wayne State University student created a crowd-funding website to raise money for Robertson.

By Monday afternoon, according to the Washington Post, over $67,000 had been raised.

In addition, a local dealership has offered to give Robertson a car. Angela Osborne a customer service specialist at Rogers Chevrolet in Woodhaven says he gets to choose between a 2014 Chevrolet Cruz or Sonic.

The Detroit Free Press reported that people are offering,

Robertson Response to This Generosity

A proud Detroiter, Robertson has this to say about his city,

“I gotta say, this is Detroit, this is how people are in Detroit,” Robertson told the Free Press, when discussing the support he’s received.

It is easy to think negatively of Detroit. Then, we are reminded of people like James Robertson and what Detroit is really made of.

View more honors & awards
David is an absolutely great attorney. I could not be happier with my decision to retain him for his services. Not only is he a skillful and knowledgeable expert in law, he is also very responsive and clearly understood the importance of ease of doing business which is very important to me. From the first phone call he had my best interest, took the time to listen to me, and produced the desired results. I would happily refer him to anyone seeking legal counsel.
Steve H.
David Kramer is the BEST attorney I’ve ever had, he is a man of god and worked so hard for me! I’m so blessed to have crossed paths with him he made a HUGE difference in my life and for my family if I could rate him a million stars I would!! I’m so thankful for him and HIGHLY recommend him.
Rebecca S.