Will Michigan Be The Next State To Legalize Marijuana? 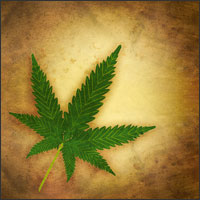 Has your city voted to decriminalize marijuana?

What Michigan cities are decriminalizing marijuana?

How to Michiganders Feel?

The Huffington Post reported that Michigan has many supports of decriminalizing marijuana. A poll taken by EPIC-MRC last September said that 47% of voters support taxing and regulating marijuana just like alcohol. Another 16% of likely voters said that possession should be a fine rather than a criminal charge. 26% of Michigan voters said to keep the system the way it is.

While Michigan voters are making themselves heard, the conflict is that under state and federal law, recreational marijuana remains illegal. This conflict has many law enforcement officers unsure of how to approach the new ordinances. Matthews Heins, the Chief of Police from Jackson, described the difficulty decriminalizing by saying, “It’s a never ending process to try to keep the officers abreast … what is the most recent legislation … what is the most recent court decisions,”.

Governor Rick Snyder and Bill Schuette, the Attorney General, both have stated their objections saying that even with the cities’ new ordinances, that the state law remains that recreational marijuana is illegal. Schuette wrote a letter explaining the situation and included:

regardless of whether the proposed amendment is approved by the voters, marijuana will remain a controlled substance under state and federal law. … No city charter provision ‘shall conflict with or contravene the provisions of any general law of the state.'”

What Do You Think?

Should small amounts of marijuana become legal in Michigan? Should it be decriminalized to “only” a fine? Or, do you share the same opinion as 26% of potential voters and believe that marijuana should remain illegal?

View more honors & awards
I would give David Kramer 10 stars if I could! He is truly a class act, top of the line professional. We have not had much experience with the legal system, but we selected David based on the 5 star Google Reviews to help us with a legal case - we could not have selected better and I would recommend David to anyone dealing with any form of legal issue. He is extremely knowledgeable, dedicated, effective and absolutely a pleasure to work with, a true professional. I could not have asked for a better outcome, thank you David, you have a client for life.
David K.
I could not recommend David more. He got me the best possible outcome in my case, which initially did not seem to have much hope. He was phenomenal with navigating the criminal justice system, as well as helping me to understand what was happening every step along the way. David is very professional, knowledgeable and experienced. Choosing him to represent me was the best thing I could have done.
Josh L.