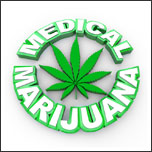 Should Michigan residents follow the Federal or State marijuana law?

In your city, is the use of medical marijuana legal?

To the second question, you would imagine the answer would be an easy yes since Michigan passed a law allowing for the use of medical marijuana. However, for many cities and law enforcement, it is still a confusing part of the law.

While the State of Michigan allows for medical marijuana, and even some cities like Detroit allow for small amounts of possession, at the federal level marijuana is illegal on all counts.

Many cites in Michigan remain confused even years after medical marijuana was made legal. In cities like Flint, possession of less than one ounce of marijuana by an adult was voted and made legal. However, the city police have chosen to follow what they say is State and Federal law prosecuting anything besides a medical marijuana case.

This confusion had one U.S Attorney speaking up. U.S Attorney Patrick Miles, who was appointed by President Barack Obama in March, spoke up about the issue. MLive quoted Miles saying:

Are you aware of what you city’s possession of marijuana law is? Do you know if your city’s police have decided whether or not they will follow federal law or state law?

So, what is your answer? Federal or State or city?

David Kramer is and has been the BEST attorney I've ever hired....at first, I thought all his awards hanging in his office were for show.....trust me when I say, he's that good at what he does. He's also a pretty great guy if you get the chance to get to know him. I was dealing with some pretty heavy stuff in my life, I'm sure many guys (particularly Fathers) know what I'm talking about......David had the magic touch; If I didn't know better, I'd say God introduced us. He knew the right people and is very knowledgeable when it comes to the law, but above all, he treated me with respect and with compassion. Well worth every penny. Wish I had met him before I went through my divorce. I'd hire him again in a heartbeat for any legal matter.

David Kramer is an aggressive and effective advocate for his clients. He helped me to resolve a serious legal matter to my satisfaction. I highly recommend him for his detailed knowledge of the law and his excellent representation and client service.