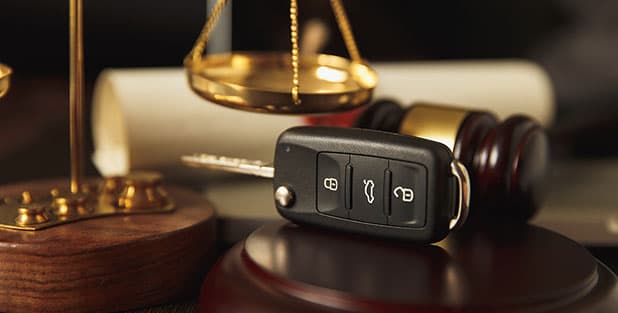 Are you or is someone you love trying to win back a driver’s license? Did you know you can get back your Michigan driver’s license after a 2nd or 3rd DUI without attending Alcoholics Anonymous?

The role of Alcoholics Anonymous in helping people find a path to sobriety and a more fulfilling life is priceless. The program has changed the way we think about recovery and addiction. It has  helped people do things like regaining the legal ability to drive. For some people, AA is the only path forward.

However, it isn’t the only path forward for others. It’s not the only way to prove sobriety when you are trying to get back your Michigan driver’s license.

I will talk below about how best to win back your license without AA, and how people have done it. First, let’s talk about the history of AA and why it’s so important to understand.

Would you believe that some version of AA has been around since the 1700s? Famous Christian preacher John Wesley organized what he called “penitent bands” meetings on Saturday nights. That is the night men felt most tempted to go out drinking. The meetings featured hymns and teachings centered on abstinence from drinking.

Alcoholics Anonymous was formed in 1935. Before that, people who suffered from alcoholism and didn’t have money for private treatment were often sent to long-term asylum treatment.

One of the founders of AA, Bill Wilson, attended a movement started in England called the Oxford group for help with his alcoholism. Formed out of the Christian Church, the Oxford group had a philosophy and a method about recovery.

This method could be summed up in a few short sentences or bullet-points, similar to AA. This movement’s main idea was that, though people were sinners, they could change and have complete victory over their problems.

Bill Wilson credited the Oxford Group with saving his life. However, his program broke from some of the main ideas. Namely, one of the core tenets of the AA 12-step program is the acknowledgment of complete powerlessness over alcohol, and thus the need to remain sober for the rest of one’s life.

Is Alcoholics Anonymous Right for You?

You are probably reading this article because you aren’t sure you want to get involved with AA. However, you do want your driver’s license back, along with the rest of your life.

Most people get involved with AA, or another recovery program, for one of two reasons:

Not everyone wants or needs Alcoholics Anonymous to remain sober. For some people, the organization can be too “preachy” about it being the only way to sobriety. The only right path, in other words.

However, here is the big secret to getting your license back. Whether you have “hit rock bottom” and wholeheartedly accept the need never to drink again, or simply intellectually accepted that the only way forward is not drinking:

You must prove a commitment to sobriety.

How to Win Back Your License Without AA

You have to stop drinking entirely and be able to prove to the court that you have maintained and will maintain a commitment to not drinking ever again.

You can go to AA to do this. Some people appreciate how much support the group offers with a personal sponsor and even daily meetings if necessary.

Attending AA is a way to surround yourself with people who have also started down the path of never drinking again, rather than old drinking buddies. The courts will recognize involvement with AA as proof of sobriety.

Other people will choose private counseling or group therapy, or some other addiction recovery program. As substance abuse treatment becomes more sophisticated, courts have recognized that AA isn’t the only effective treatment.

Suppose you are trying to recover your license after a 2nd or 3rd DUI. In that case, you will have zero luck doing so unless you have a good amount of sobriety under your belt and have completed a court-ordered recovery program.

After your first DUI, the court system will treat you like an alcoholic, whether you feel your behavior warrants that label or not.

At this point, whether you choose to talk about yourself as an addict in language like that used by AA, you will have to go alcohol-free to be able to regain your driver’s license.

While Alcoholics Anonymous has helped untold numbers of people, it isn’t the only path forward legally or for many other people.

If you are trying to regain your driver’s license after a 2nd or 3rd DUI, you need an experienced DUI lawyer.  I will help you walk through the many steps necessary.

In addition, you need support. We can help point you toward court-approved recovery programs that have proven to help people kick an addiction.

Let’s win back your driver’s license and get on the road to a new and better life. Call my office today for your free consultation.

I was charged DUI and was very much worried as a family man. After seeing Kramer’s experience and initial meet with him, I gained confidence but was very nervous until the case disposed. Kramer explained the process well and and given the clear options at every stage. Patience is the only key we should keep throughout the time. He changed my case to Reckless and made sure i am not receiving any other sentencing, he really made it. I would highly recommend him for any criminal charges and he would do wonders.