Operation Legend in Detroit: What it Means for You 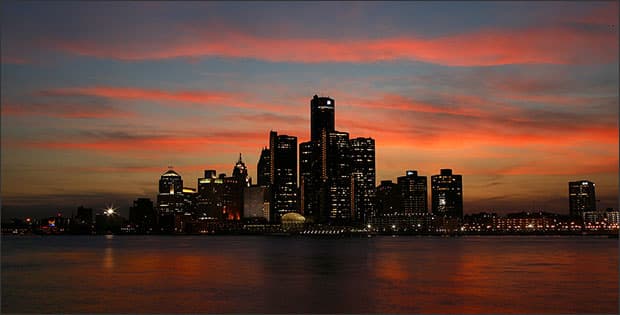 Have you heard of Operation Legend?

COVID-19. Protests. Riots. Escalating gun violence across the country. It’s hard to stay out of the news even if you want to these days. It’s hard for the average person to stay sane when confronted with this level of fear.

Detroit has known its fair share of gang-related violence. In years past, it has earned the dubious title of “most dangerous” city by leading the country in deaths.

This summer – 2020 – violent crime has risen by 7% even though overall crime is down 11%. In June and July, 62 people have died by gun violence, and this total represents children and families, not just gang members.

What is Operation Legend?

You may have heard about the big controversy in Portland, Oregon surrounding President Trump’s sending federal agents to arrest rioters.

Operation Legend – named after a 4-year-old who was shot in June – is indeed sending federal agents to protect federal property.

There are some cities where mob violence has been going on for two months. In other cities, federal agents are not being deployed primarily to address mob violence but to find and arrest the violent actors responsible for the escalation of gun violence. Cities like Chicago and Detroit fall into this category.

Detroit Has Been Receiving Federal Aid Since December

He doesn’t understand why Detroiters wouldn’t want help with gun violence. Detroit has been receiving support from the U.S. Department of Justice (DOJ) since December of this year.

At the end of 2019, the DOJ approached seven cities nationwide to ask whether they wanted help with criminal activity in their cities.

When the coronavirus pandemic hit, and then the violence started to become more pronounced, the DOJ sent more help under the agreement already in place. Police chief Craig wants to keep Detroit’s streets safe, and he supports peaceful protests.

Detroit doesn’t need it. Chief Craig hasn’t had mobs trying to shoot fireworks into the court buildings and blind officers with laser pointers, as in Portland.

Calls for “defunding police” in the rest of the country haven’t come to fruition here, and police haven’t retreated.

Detroit has seen daily protests since May 29, and there has been no looting or rioting. Moreover, after some violence against police on the second and third night of protesting, we’ve seen no return.

Here is who is more at risk of being arrested and charged with a federal crime in Detroit because of Operation Legend: violent criminals.

If you carry on gang warfare in the streets of Detroit and shoot into crowds or around innocent people, you are much more likely to become the target of a federal investigation.

You still deserve a vigorous defense in court, but you are setting yourself up to be caught and prosecuted eventually.

One useful takeaway from this story is that Detroit’s streets are being protected by Chief Craig, who seems to be doing the best possible job in a trying time.

Regardless of what narrative you might hear, Operation Legend exists in Detroit to make it safer for peaceful, law-abiding citizens.

If you are facing federal charges in Detroit, you need an experienced Federal defense attorney. Please call my office today for your free initial consultation. Let’s get you the rigorous defense you deserve.

View more honors & awards
David was one of the nicest people I have met! He was very professional. He took our case and took the stress off of us. His reputation in Novi is impeccable - that is why we chose him and I am so happy we did. If you are looking for the best defense attorney David Kramer is your man.
Merry K.
David is highly knowledgeable attorney, extremely passionate, and an amazing person. David would handle any criminal case even if you have immigration complications. He is very understanding and had a positive attitude from beginning of the case. Mr. David Kramer and his staffs were so excellent. He works round the clock to get your case resolved completely. Also, he is extreme intelligent and got connections to get you an optimal resolution. His wise advice would help you in your case and personal life. David helped me very much and provided confidence during the difficult times. I would highly recommend him to anyone. Thank you!
Premkumar R.