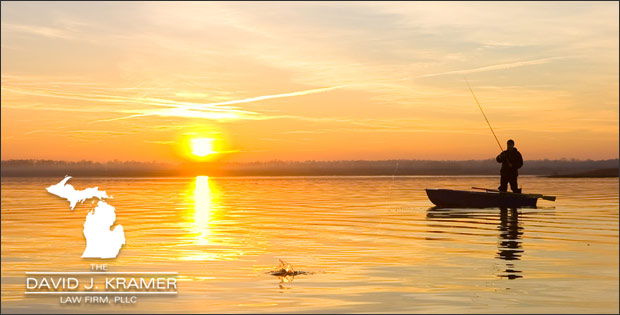 Are you taking your boat out this weekend?

Do you love to fish in Michigan’s waters?

Whenever the weather in Michigan starts to get warm, the people who live here and vacation here get excited. There is nothing better than looking forward to a day on the open water, fishing or just enjoying the lake.

A few laws that affect boaters and anglers have changed in Michigan. Before you head out onto the water, make sure that you know what the changes are.

Late in 2018, Michigan made some changes to its boating laws to prevent the introduction and spread of invasive species.

The new laws took effect March 21, 2019. However, with warmer weather here now, more people are encountering these new laws as they take their boats out on the water.

Before the changes, Michigan boaters were only required to remove aquatic plants from watercraft or trailers before placing into the waters of Michigan.

Now there are additional requirements before transporting any watercraft over land:

Here are the essential points to remember:

The same law as above applies to fish caught and released other than baitfish in any waterway of Michigan.

You can only release it where it was caught or in a waterway connected to where you caught it if it could freely move between those waterways on its own.

Why the New Laws?

Invasive species move from place to place with the help of humans. Just one plant fragment can start a whole new colony in a lake where it didn’t exist before.

Invasive species are dominant in the ecosystem where they land. They compete with, and choke out, species that belong in the lakes.

The new laws make it necessary to take extra precautions in Michigan’s lakes, rivers, and streams. It is worth the time to keep one of Michigan’s most precious natural resources clean and beautiful for years to come.

If you are facing a boating or fishing related charge in Michigan, call the David J. Kramer Law Firm, PLLC. Having an experienced defense attorney fighting for your rights can make all the difference.

Michigan Boating Laws and Alcohol Limits
Boating and alcohol limits have changed in Michigan. Before you head out onto the water, make sure that you know what the changes are…

View more honors & awards
David Kramer is a great attorney with a passion for the law. He vigorously defends his clients and obtains optimum results. He did an incredible job for me. I highly recommend David Kramer for any legal problems and or issues
bridget a.
Exceeded my expectations. Mr. Kramer is highly skilled and knowledgeable. He’s aggressive in fighting for what’s fair and was able to take years of stress off my plate. My outcome has been a life changer.
KC C.