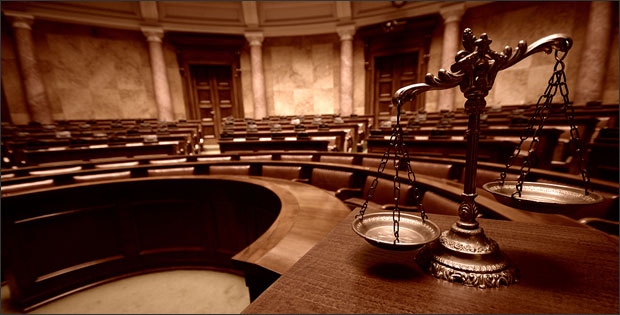 As an example, let’s take a closer look at the case involving Curtis Flowers. He is currently on death row in Mississippi and has been subjected to 6 trials.

The case and trials of Curtis Flowers have been reported on by the In The Dark podcast, produced by American Public Media. His story makes up season 2 of this exceptional podcast.

Curtis Flowers Was Sentenced to Death by an All-White Jury

In his most recent trial, in 2010, Curtis Flowers was tried and convicted by a jury of 11 white jurors and 1 black juror. In fact, most of his 6 trials were tried by a jury made up the same way. The two trials which had more than 1 black juror ended in hung juries and mistrials.

Is it unusual for black men to be tried by almost all-white juries?

Actually, it’s much more common than you would think. And it happens even though the Supreme Court of the United States ruled it unconstitutional for lawyers to strike jurors because of race.

It’s just that there are ways to get around that. The standard for proving that the prosecution is making a “Batson violation” is also ridiculously high.

How Curtis Flowers’ juries were selected is the key. If you want a detailed and readable description of how the jury was selected in Curtis’ 6th trial, read the article on the In The Dark website.

The team who worked on this story also spent many hours combing through court records. They found that D.A. Doug Evans has a pattern of striking black potential jurors at a higher rate than white potential jurors. They share that story on the podcast, and it’s fascinating.

What happens during jury selection is that a large pool of potential jurors is evaluated by the judge based on their beliefs, their ability to judge impartially, and their past experience with law enforcement or crime. When each side comes to select jurors, it’s the state who chooses. Only the option to refuse or challenge a potential juror is given to the defense.

The state is given 12 peremptory strikes. If it can come up with a reason other than race or gender to eliminate a juror – even if it helps the state’s case to have an all-white jury – that juror is struck. If the defense challenges a juror, it goes to the next potential juror “in line.”

However, what if, by the time it reaches the stage of jury selection, the pool of potential jurors are overwhelmingly white, in an area of the country whose demographic is nearly 50% black? And how can a D.A. make this happen?

If you listen to this story, you will learn that it seems like everything was stacked against Curtis Flowers. But the biggest problem, the one that has gotten him convicted 4 out of his 6 trials, is that the juries sitting in judgment on him are almost all white.

Curtis Flowers doesn’t live in a state with majority whites. So how is that fair? That isn’t a jury of his peers. It’s a jury hand-picked to get the conviction the D.A. wanted.

He is compassionate and works hard. We have had complete trust in him from day 1 and he has not let us down. He has helped us through a very difficult time. I would recommend him to anyone and everyone.

I cannot say enough great things about David. He is professional, responsive, extremely knowledgeable, well connected, and most importantly he gets the job done. He will go over and above and work in your best interest. I wouldn’t think twice about hiring any one other than David Kramer to represent me as my attorney.