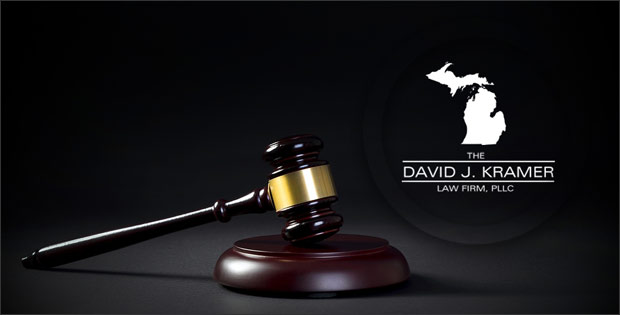 In March of this year, 38-year-old Brooke L. Lajiness, of Lima Township appeared in court for 13 counts of third-degree criminal sexual conduct, one count of accosting a minor for immoral purposes, and one count of furnishing obscenity to a child.

All for having a sexual relationship with a 14-year-old boy.

In fact, Brooke Lajiness confessed to having sex with the boy and exchanging nude photographs with him over the Internet. This began in the summer of 2016 when the boy was between middle school and high school.

I can’t help but think of several other high-profile cases similar to this one, including Mary Kay Letourneau and Vili Fualaau. If you don’t remember that one, it was in 1997 that Mary Kay gave birth to her first daughter with him – when he was 14 – while undergoing trial for raping him.

Letourneau had begun the affair while she was married to another man, with whom she’d already had 4 children. After serving a 1-year jail sentence and being told to stay away from him, she became pregnant with the couple’s second daughter. She served another 7 years in prison for the same type of crime.

In 2015, the couple gave a high-profile ABC interview about this relationship which had caused such a scandal. The couple has been married for 10 years now. Both of them spoke about the role of the media in painting their relationship in such a negative light and in creating such a public spectacle.

While Letourneau has petitioned the courts to have her status as a sex offender lifted, neither she nor Vili Fualaau can argue that what happened is still seen by the law as wrong.

The Portrayal of Teenage Boys

The portrayal of teenage boys as sexual objects or as members of society whose only interest is sex is pervasive. Many lookers-on have questioned whether it’s actually bad for a teenage boy to be seduced by an older woman.

Many film depictions of this paint it as a cause for celebration for the boy in a way that is still unthinkable if the roles were reversed and it was an adult man sexually assaulting a 14-year-old girl.

The truth is that any trained child psychologist or psychiatrist will tell you these beliefs are a myth. Just because an adolescent boy might fantasize about having sex with an older woman doesn’t mean he knows what that would mean for him psychologically. Fantasies are very different from reality.

Exploitation of a young teenage boy in this way affects him the same way it would a girl of the same age. It will affect how he feels about himself, the woman who abused him, and women in general.

Even if his body tells him differently, this experience is likely to be traumatic – especially if the woman who raped him is someone in a position of trust, like a teacher or a friend of the family.

Male victims of statutory rape will experience the same feelings of guilt, shame, low self-esteem, anger and other more serious psychological disorders. They will have the same problems with being able to trust, set boundaries with others in the future and the ability to participate in adult relationships in the future.

Male victims can blame themselves for their exploitation and struggle to overcome the shame in the same way as girls. They can become isolated and try to cope with drugs, alcohol or high-risk behaviors. Even Vili Fualaau – who is married to the woman the law calls his abuser – admitted that he has struggled with lifelong depression.

This is why, contrary to what might be becoming a popular opinion, the law still calls this type of relationship statutory rape – a felony.

If you or someone you know is facing charges for statutory rape, it is critical that an experienced criminal defense attorney be consulted. Please contact my office.

David is one of best attorney in Detroit area..he is highly experienced and talented with tons of accolades ,you can just trust him and he will do it for you ..I strongly recommend to others

Mr. Kramer represented me for my divorce and did a fantastic job. His hard work, dedication and countless hours spent on my case was nothing short of a class act. His knowledge of the law and persistence resulted in me getting a more than fair amount of time with my son. I would highly recommend him to anyone. If your looking for a great attorney that knows the law Mr. Kramer is a wise choice.