Detroit Financial Crisis is Over – What you need to know 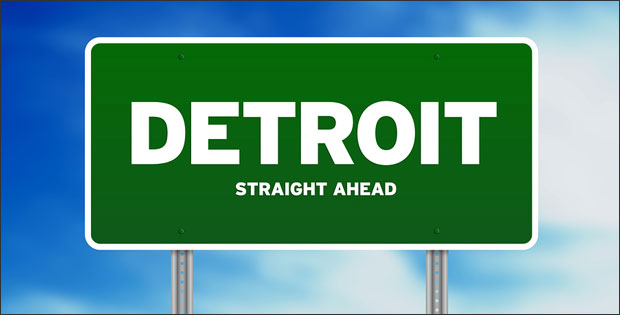 Will Detroit return to its heyday and became a city people want to move to again?

At some point today, Governor Rick Snyder will stand before Detroit, before Michigan, and before the nation to terminate Emergency Manager Kevyn Orr’s appointment and announce that the financial crisis in Detroit is over.

The other day, I stood in Biggby Coffee looking over some greeting cards in a display rack. The cards had different pictures of historical Detroit. A picture of Briggs Stadium, the home of the Detroit Tigers from 1938-1960, caught my eye.

The Detroit News reported that when Kevin Orr came to Detroit, there was a $300 million plus deficit. Now as he exits his position, Detroit is projected to have about a $100 million dollar surplus.

Detroit Mayor Mike Duggan reminds us that the surplus is a “one-time accounting issue related to bankruptcy and there won’t be more coming in just yet.”

However, I think we can all agree that having a surplus is much better than having a deficit.

As Kevin Orr leaves, the control of the city government will be given back to Detroit’s elected officials. Even still, Detroit will remain under state oversight for a decade.

Instead of losing the Detroit Institute of Arts and harsh cuts to the city pensions, a state-appointed Financial Review Commission will act as what the Detroit Free Press called a watchdog over the city. The board has the power to reject contracts, spending, borrowing, and even labor agreements.

As long as the city of Detroit stays within budget and meets all the terms of the bankruptcy, the board may go dormant.

What Caused Orr to Resign?

My Fox Detroit reported a few reasons why Kevyn Orr turned in his letter of resignation,

Detroit Still has Work to Do

Detroit Mayor Mike Duggan admits he still has work to do. Here is what he told Fox Detroit,

“It’s the same challenge I had the month before.
We have to get the street lights on, got to get the abandoned buildings down, get the police to show up on a timely basis.I think we are making progress.”

What Do You Think?

Is it too early for Kevyn Orr to resign? Will Detroit become a place people want to move to? Is Detroit making progress? Please let me know your thoughts in the comment section below.

View more honors & awards
David represented me for a ticket I received in Novi (possible misdemeanor charge for improper plates). I had no previous record and zero points. He got the misdemeanor charge dismissed for me and ticket reduced to a C/I. Great results and I’m so happy I had David as my attorney.
Michelle D.
David Kramer was an amazing attorney from start to finish. At our first meeting he answered any question I had and I left with complete confidence that he was the right guy for the job, and I was right. He is incredibly knowledgeable about the ins and outs of the law and is respected and liked which made the whole process so much easier. Everything that he said would happen did and at no point did I feel let down or like I had to settle for something I was unhappy with. If you want an attorney who will fight for the absolute best outcome and reassure you the whole way David Kramer is definitely the way to go.
Anna S.