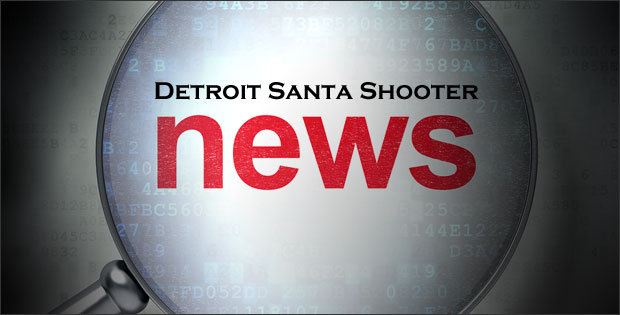 “Chivalry is not dead”.
~ Mark Weldon, reported by The Detroit Free Press

Detroit has been known to be one of the nation’s most dangerous cities. Last year, Detroit Police Chief James Craig encouraged citizens to arm themselves in an article title “A Show of Courage in Detroit”.

The article was published by “America’s First Freedom” which is a NRA magazine. Police Chief Craig, who graced the cover of the magazine, says the he doesn’t advocate violence, but rather believes that citizens have a right to protect themselves according to CBSDetroit.

That is what Marcus Weldon’s family and friends believe he was doing when he shot two men at a gas station in Detroit on December 21, 2014. Weldon who was dressed in a Santa suit came to the rescue of his co-worker, Erica Johnson, who car had a flat tire.

Weldon, who is an electrical engineer apprentice at MGM Grand Detroit casino, was dressed as Santa because he and his co-working were coming home from a holiday party.

While Weldon and his co-worker were at the gas station, Weldon and one of the victims got into an argument. Gabi Silver, Weldon’s defense attorney reported that one of the men had assaulted Johnson. When one of the men went to his car, Weldon believe his was going for a gun. Weldon has had a concealed weapons license for the last 6 years.

“If it wasn’t for Marcus, I do not know what would’ve happened that night,” Johnson said. “I am thankful that he was there to protect me and himself.” -Reported by the Detroit Free Press

After shooting both men, Weldon and Erica ran from two other men. Those two other men were cops in an unmarked car. Soon, Weldon was being arrested by an on-duty cop.

Yesterday at the preliminary examination, one of the victims recounted being shot by Weldon. Salah Rifai reported that the altercation was simply his friend Omar Pady bumping into the woman at the gas station.

According to an article by the Detroit Free Press, Rifai recanted what he had previously told police, that Pady wasn’t going to a bat in the car when Weldon shot them.

Weldon’s defense attorney reported that the man working at the gas station had told the 911 operator that there were two people firing shots. He has say that another witness head Pady say, “I’ve got something for you” while walking back towards his car.

During the preliminary examination it was confirmed that the off-duty officers were in a personal vehicle when Weldon and Johnson ran from the scene.

A lot more will need to be explored before Marcus Weldon can be pronounced guilty or not guilty.

What do you think? Is this a story of a Detroiter trying to protect himself and another? In one of the nation’s most dangerous city at 2 am, what would you do?

View more honors & awards
Dave is a wonderful attorney. I am glad I found him. He was there with me in every step of the way thru out the process when I needed legal help. He always made me comfortable and took enough time to listen and provide advice and answers to my questions. I would not hesitate to recommend him to anyone that will need legal help with their criminal, divorce matters.
Santosh P.
David is highly knowledgeable attorney, extremely passionate, and an amazing person. David would handle any criminal case even if you have immigration complications. He is very understanding and had a positive attitude from beginning of the case. Mr. David Kramer and his staffs were so excellent. He works round the clock to get your case resolved completely. Also, he is extreme intelligent and got connections to get you an optimal resolution. His wise advice would help you in your case and personal life. David helped me very much and provided confidence during the difficult times. I would highly recommend him to anyone. Thank you!
Premkumar R.