Insanity Defense in Michigan: It’s Not What You Think 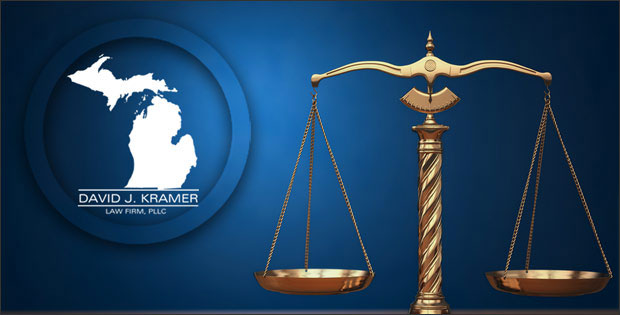 Dalton is the Uber driver accused of killing six people in a shooting spree in West Michigan in 2016. He surprised his defense attorney Eusebio Solis by pleading guilty to all counts of first-degree murder contrary to Solis’s advice.

The jury selection for his trial had begun, but his plea has put it to rest.

Dalton’s guilty plea comes on the heels of news that his attorney, Solis, had decided against using an insanity defense in his case.

Dalton told police when he was arrested – that a “Devil figure” on the Uber app was controlling his actions the day of the shooting. Despite this, an insanity defense is difficult to use and unpopular with juries, defense, and prosecution alike.

But it’s not for the reasons you think.

When you think of an insanity plea, you may have in mind a typical law show which depicts prosecutors rigorously trying to combat using this defense.

The reason, we are lead to believe, may lie in the title of the verdict for a successful Insanity Defense: Not Guilty By Reason Of Insanity.

It’s that “not guilty” part that jurors can’t seem to live with. An NGRI verdict will very likely mean MORE confinement for the perpetrator than a guilty verdict.

However, there is more than one type of insanity defense used in the state of Michigan. Let’s look at what they are.

To prove legal insanity, there is a two-prong test. The defense must show:

The defense doesn’t have to prove this beyond a reasonable doubt, but by a preponderance of evidence. It has to show that it is more likely true than not.

Because there are often concerns from juries – who aren’t allowed to know what punishment defendants will get – over an insanity defense, Michigan created another option. It’s called “guilty but mentally ill.”

However, neither prong of the two-prong test must be found in order to find this verdict. The court can impose any sentence allowable by law.

The truth is that the possible penalties incurred by either verdict can often be harsher or carry a longer sentence than a simple guilty verdict.

Not Guilty by Reason of Insanity Verdict

In the case of a Not Guilty by Reason of Insanity (NGRI) finding, the defendant is sent to the Center For Forensic Psychiatry for an initial 60 day period for testing. This is not a place where criminals can come and go. They are confined and must submit to treatment.

It’s also unlikely that psychiatrists at the center will find no cause for treatment and allow a defendant to leave. Often, they will be admitted for inpatient treatment.

Although a defendant can challenge their hospitalization in front of a judge or jury, the challenge includes a record of what he or she did to have to be hospitalized.

Unless the case carries a life sentence penalty, those who receive an NGRI verdict are likely to spend much more time in treatment than they would have spent in prison for the same offense.

If a Guilty But Mentally Ill verdict is found, a defendant may be sent to prison. He or she is supposed to undergo an evaluation and receive psychiatric treatment for his condition – which is reported to the parole board.

The assessment concerns his:

The assessment results can make it harder for a defendant to obtain parole.

In addition, it is improbable he will receive extensive or proper mental health care in prison. A defendant may also be put on probation for a mandatory five years and be evaluated every three months.

An insanity defense can be hard to prove. It isn’t a “get out of jail free” card juries are afraid it is. It’s likely that Solis considered the defense because of how much prison time he knew his client was expected to get if found guilty.

Ultimately, Solis decided against using this defense and no defense was necessary when Dalton plead guilty.

If you are facing charges stemming from an incident which happened because of your struggle with mental illness, there is still hope. Having an experienced defense attorney fighting for your rights is critical.

View more honors & awards
I could not recommend David more. He got me the best possible outcome in my case, which initially did not seem to have much hope. He was phenomenal with navigating the criminal justice system, as well as helping me to understand what was happening every step along the way. David is very professional, knowledgeable and experienced. Choosing him to represent me was the best thing I could have done.
Josh L.
David is very effective and is good at what he does. My daughter was in a bind and he was able to secure a favorable result..He is definitely worth the money and makes a stressful time much easier. Thanks again David
Lawrence K.