Medicare Fraud Charges and Penalties – What You Need to Know 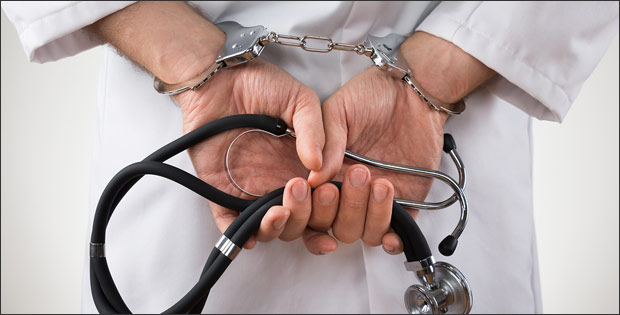 Medicare has provided health insurance for many individuals and many depend greatly on the services that they receive. When Medicare was originally created, it was designed to help honest doctors who helped the needy receive Medicare services. Throughout the years, Medicare fraud has become a growing program.

What is Medicare Fraud?

The entire idea of Medicare fraud is to collect money from the Medicare health care program illegitimately. In other words, it is the collection of Medicare health care reimbursement under false pretense. The fraud can go undetected for a while. Part of this reason is that the Medicare program is based on the “honor system” of billing. This aspect makes it a target for fraud and hard to catch.

Medicare is administered by the U.S. Federal Government. It is funded by payroll tax and provides health insurance for Americans who are 65 years or older who have worked and paid into the system. It can also provide health insurance to younger individuals who have disabilities.

The United States Department of Justice is cracking down on Medicare fraud. This past July, three people were charged in $1 billion in a Medicare fraud scheme in Florida. It is known as the largest ever single criminal health-care fraud case. The individuals used a network of doctors, hospitals, and health-care providers across South Florida to improperly bill more than $1 Billion to Medicare and Medicaid.

The case was made known by an interagency called: Medicare Fraud Strike Force. This group in nine different locations across the country. It was created in 2007 and it has charged almost 2,900 defendants.

According to the Wall Street Journal, this group has collectively they have falsely billed the Medicare Program more than $10 Billion.

Currently, when found guilty of Medicare fraud, a person is looking at facing fines, prison time, and will have to pay back all the money that they stole from the government. The amount of the fine and the time served are dependent upon the violation.

For example, fines for violating the FCA (False Claims Act) range from $5,500–$11,000 per false claim. In addition, fines may result in “up to three times the amount of damages sustained by the government as a result of the false claims.”

If you are facing charges for Medicare fraud, seek legal help from an experienced Medicare fraud defense attorney today. These are serious charges to be facing. It is our goal at The David J. Kramer Law Firm, PLLC to ensure that each person has a fair trial and do not have to receive any unjust punishments. Call us today.

View more honors & awards
David Kramer is nothing short of amazing. His skill set is very direct and yet he is very approachable. Specializing in finding the details in everything, this is the lawyer that you want on your side. He lives up to every bit of the honors and awards he has received. I would highly recommend him to friends and colleagues.
Rebecca D.
David Kramer is a great attorney with a passion for the law. He vigorously defends his clients and obtains optimum results. He did an incredible job for me. I highly recommend David Kramer for any legal problems and or issues
bridget a.