Michigan Statute Of Limitations Laws: What You Need To Know 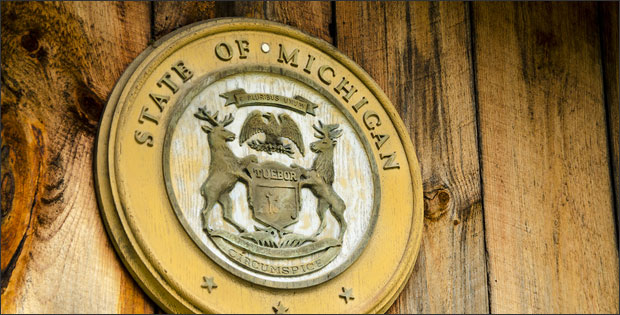 Almost three decades ago – in 1991 – Lee Township Grandmother Diane L. Ross was bludgeoned to death in her bed by someone who remained unidentified until this year.

That man – or so a jury of his peers believes – was 52-year-old Michael T. McIntyre, who is now wheelchair-bound.

Prosecutors told the jury that McIntyre is believed to have killed Ross in anger. They believe this happened after not receiving payment for installing a water heater and because Ross’s daughter had recently broken up with him.

Diane Ross’s five-year-old grandson was present for the attack and got help from a neighbor when McIntyre left.

Ross didn’t die immediately from her injuries. She died shortly afterward at a nearby hospital.

How Can a Murder Case be Brought to Justice After 30 Years?

So, how can a murder case be brought to justice almost 30 years after the events occurred, when no one at the time had been convicted of the crime?

According to the judge for this case, it wouldn’t have happened if Ross’s family hadn’t been persistent in seeing her case solved, even after all these years. It was the family who brought McIntyre to the attention of local police. This was after a witness whom police hadn’t interviewed in 1991 revealed some interesting insight.

However, it also happened because, in the State of Michigan, there is no statute of limitations on murders. That means that no matter how much time has passed, a murder charge can still be brought in an unsolved murder case.

Technically, police can’t just give up on a case because time has passed. That also means if you commit murder and haven’t been caught, there is no time that can pass to make you safe from being potentially convicted of the crime.

Michael McIntyre is finding this out the hard way, unfortunately.

What is Michigan’s Statute Of Limitations Law?

This law ensures that state prosecutors file criminal charges within certain time limits. One of the main reasons for this is that evidence for crimes – both witness testimony and physical evidence – is freshest soon after the crime occurs. That makes it most useful for trial.

Most crimes in Michigan do have a statute of limitations.

After 6 years, misdemeanor charges can’t be brought against someone.

After 10 years, most felony charges cease to be relevant. However, not murder.

Kidnapping, extortion, assault with intent or conspiracy to murder – 10 years

If the victim was under 18 for any degree of sexual conduct or assault with intent to commit sexual conduct, any sexually abusive activity or material to a minor – 10 years (or when the victim is 21, whichever is later)

*If DNA evidence is obtained, there is no statute of limitations until the offender is identified. After that, it’s 10 years or until the victim is 21 whichever is later

The statute of limitations laws are helpful for anyone working or going through the criminal justice system. However, they aren’t something to rely on to save you from being prosecuted for a crime you committed a long time ago.

If you are facing charges related to crimes you committed earlier, it’s still very relevant for you to obtain the best criminal defense attorney to work for you.

Call my office today. Let’s start fighting for your freedom.

View more honors & awards
David Kramer is an aggressive and effective advocate for his clients. He helped me to resolve a serious legal matter to my satisfaction. I highly recommend him for his detailed knowledge of the law and his excellent representation and client service.
Tim H.
David Kramer law firm Is very friendly & knowledgeable and took care of all of my needs in a very professional & timely manner.
Michael P.