Winning back your Michigan driver’s license is a big step toward living your life freely again after a DUI arrest.

END_OF_DOCUMENT_TOKEN_TO_BE_REPLACED

MDHHS Emergency Order: What You Need to Know

The MDHHS (Michigan Department of Health and Human Services) has issued an emergency order. Beginning November 2, 2020, bars and restaurants are legally obligated to take your name and phone number before you dine.

Restaurants must also limit seating to 50 people and tables to 6 people, according to a new rule put in place by the MDHHS. If they don’t comply, restaurants and bars could be fined $1,000.

END_OF_DOCUMENT_TOKEN_TO_BE_REPLACED

Judge Strikes Down Open Carry Ban at Michigan Polling Places: What it Means for You

It seems safe to say that Michigan voters want to be safe and feel secure as they vote. On one side, we have people who advocate for no guns at the polling places. The exception is for those carried by law enforcement officers.

This side says that if we allow guns to be carried openly, it constitutes intimidation against voters by other voters. This is in light that it is legal for any American citizen to be a poll watcher.

The other side argues that banning openly carried guns does nothing to deter criminals who are illegally carrying concealed weapons. Thus, making everything less safe should those criminals use their weapons. In that case, the law-abiding gun owners wouldn’t be able to defend themselves lawfully.

END_OF_DOCUMENT_TOKEN_TO_BE_REPLACED

OWI Arrest in Michigan and Challenging the Evidence

If you have just been pulled over, arrested, and charged with a DUI, or OWI (Operating While Intoxicated) in Michigan for the first time, you are probably still reeling from the encounter and worried about what comes next.

END_OF_DOCUMENT_TOKEN_TO_BE_REPLACED

Packing the Supreme Court – What You Need to Know

In a clip that has been aired, Biden called the court system a “live ball.” He said would establish a commission to reform it. Pence insisted it meant Biden would pack the court.

However, what does the term “court packing” mean?

END_OF_DOCUMENT_TOKEN_TO_BE_REPLACED

Guns Banned at Michigan’s Election: What You Need to Know

Michigan has come under scrutiny again. The world is watching as our Secretary of State Jocelyn Benson has issued a ban on the open carry of guns into polling places on election day.

Previously, as reported by Bridge Michigan, Michigan’s open-carry gun laws allowed anyone to openly carry a firearm in public unless it was in a place like a school or a hospital.

END_OF_DOCUMENT_TOKEN_TO_BE_REPLACED

The Ginsburg Rule: Why Barrett Won’t Give Her Opinion on Abortion, Same-Sex Marriage 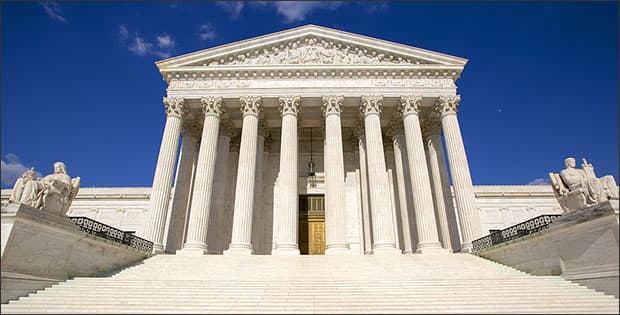 We are amid a pandemic and in the middle of a highly contentious election after months of street violence. However, we are also in the middle of embattled confirmation hearings for Judge Amy Coney Barrett.

END_OF_DOCUMENT_TOKEN_TO_BE_REPLACED

When you think it can’t get crazier in 2020, there is a plot to kidnap Michigan’s Governor Gretchen Whitmer. Not only that, but she and her family had to be moved several times as law enforcement surveilled the kidnapping group.

END_OF_DOCUMENT_TOKEN_TO_BE_REPLACED

Lawless Lockdowns Ending: What Are Your Constitutional Rights?

We saw opposition to lockdowns in the early days of the coronavirus pandemic in the spring of 2000. Some businesses reopened despite the governor’s orders in many states and continued to operate despite receiving daily fines.

END_OF_DOCUMENT_TOKEN_TO_BE_REPLACED

After almost seven months of unilateral decision-making powers, the law Governor Gretchen Whitmer was using to keep Michigan in a state of emergency – which was the source of her 140 executive orders since the beginning of March – has been struck down by Michigan’s Supreme Court.

END_OF_DOCUMENT_TOKEN_TO_BE_REPLACED

David Kramer has far exceeded all expectations in a recent DUI case in Oakland County. David’s immediate response, diligent follow up, knowledge of the law and relationships within the system, all contributed to a timely, significantly reduced sentence. He was able to accomplish what no other lawyer said could be done. His professional, direct, no bs approach was appreciated, effective, and confidence inspiring during a difficult situation. As in life, you often get what you pay for and this is no exception as David is worth every cent. Not only is David a great lawyer he’s a great person as well. Thanks again David.

Mr. Kramer has serviced me in the past with grace and tenacity. His strength in God and Michigan legal process and system saved from unjust prosecution. I will with no hesitation call upon his expert and blessed service if I ever find myself needing legal counsel. Furthermore I endorse Mr Kramer fully for anyone else needing legal counsel. He is a amazing.