Uber and Crime: What You Need To Know 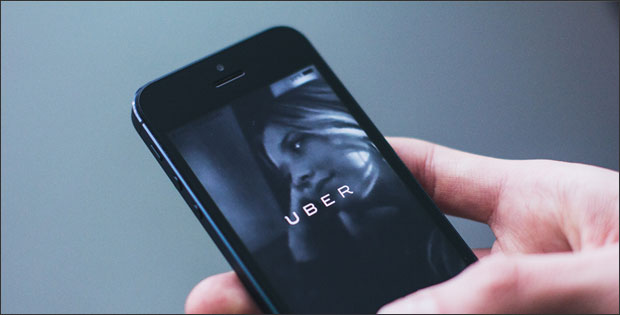 Is taking an Uber safe?

Michigan native Jason Dalton shocked the world when he went on a shooting spree in Kalamazoo in February of 2016. He ended up killing six people and critically injuring two more before the night was over.

When the details of the night came to public knowledge, people were horrified to find out Dalton picked up passengers between murders. Additionally, when he was eventually arrested, Dalton told police that the Uber app was making him commit these crimes.

Most of us don’t fear that our Uber driver is a mass murderer in the middle of a killing spree. Still, enough concerns about the ridesharing program have been raised that Uber decided to track the U.S. crime reports made in association with its service and release the findings to the public.

Not surprisingly, sexual assault seems to be the company’s biggest problem. Over 3,000 sexual assaults that happened during Uber rides were reported in 2018.

This stat includes everything from unwanted touching of a sexual body part or unwanted kissing of a non-sexual body part to attempted rape and rape. There were 235 rapes among the over 3,000 assaults.

In 2017, just under 3,000 sexual assaults were reported during Uber rides, and almost 300 of those were rapes.

Interestingly, 92% of rape victims were riders. However, riders and drivers reported other types of sexual aggression at the same rate.

The biggest category was unwanted touching of a sexual body part (such as the lips or genitals). The company didn’t disclose, in this case, who the perpetrators of assault were.

How Safe is Uber?

Three thousand sounds like a significant number. Of course, no amount of sexual assaults are acceptable. However, these assaults occurred as part of 1.3 billion rides arranged by the app.

As a result, Uber can look at those statistics and say its service is still 99.9% safe in the United States.

Murders and assaults on Uber rides in other countries like Brazil, China, and India have been widely reported, but no study was done in those countries. How does the company stack up with other forms of public transportation?

According to the New York Times and the NYPD, only 533 sexual assaults happened on public transit systems there in 2018.

The problem may lie with how the company first landed such success. Uber drivers use their own cars, and they aren’t subjected to the same screening processes as taxi drivers. Cutting out the bureaucracy of traditional taxi services seems to have cut down on public safety.

There were also some fatal crashes and murders Uber had to report for 2017 and 2018.

The ride company may always be linked to Jason Dalton’s murder spree for people in Kalamazoo. However, the numbers of crashes are about half the national average.

There were 97 fatal car crashes in those years, resulting in 107 deaths. Some of these accidents had to do with events outside of drivers’ control.  In some crashes, other drivers were at fault.

There were 19 murders between the two years as well, with seven driver victims and eight passenger victims. Four murder victims were third-parties; bystanders around Uber vehicles. You can read the full report on the Uber website.

What do you think about Uber’s report? If you are an Uber user, does it make you feel safer than you did before, knowing the statistics, or do you feel less secure now that you know?

View more honors & awards
Mr. Kramer represented me for my divorce and did a fantastic job. His hard work, dedication and countless hours spent on my case was nothing short of a class act. His knowledge of the law and persistence resulted in me getting a more than fair amount of time with my son. I would highly recommend him to anyone. If your looking for a great attorney that knows the law Mr. Kramer is a wise choice.
Tony G.
I recently fell into a situation which could have affected me and my family for years to come. I approached different attorneys and only had limited options. After careful consideration and the confidence he instilled in me, I chose to proceed with David J. Kramer law firm which proved to be one of my best decisions.

From the beginning, David had the best interest towards my case and not only defended me but was able to deliver an outstanding outcome beyond my expectations. My charges were dismissed and i was left speechless. I am very grateful for his phenomenal service and take this opportunity to recommend him to anyone looking for the finest defense by their side.
Sri T.