School Searches and the Law: What You Need To Know 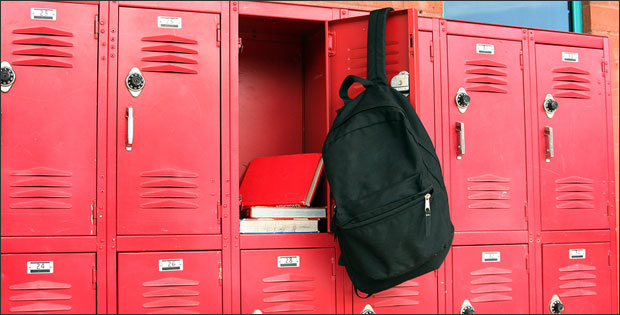 Thanks to several decades of police procedural television, many people know a lot of legal speech. Some of you also know some of the more important constitutional rights that may be used to defend you in a court of law if you should find yourself facing charges after being searched or having your property seized.

We’re all very aware of the constitutional right to free speech in this country, due to so many recent public disturbances around that issue.

What you may not know is that students in public schools don’t have quite the same rights on school property as we all assume an adult has. The Fourth Amendment (the right not to have your property illegally searched or seized) is in effect on school campuses.

However, student privacy rights are more limited than adults dealing with law enforcement. This is one thing when a student is dealing with potential school discipline for breaking school policy or rules. But, the lines get blurred here when law enforcement gets involved.

Historically, schools have had many more rights to search student property like backpacks and purses. Lockers are considered school property and the laws about school searches of lockers can be much laxer.

The Fourth Amendment and School Searches

In 1984, The U.S. Supreme Court did uphold the application of the Fourth Amendment to searches conducted by public schools. However, because of the potential for danger, it also held that school officials didn’t have to get a warrant in order to search student property OR meet a probable cause standard in certain circumstances:

In addition to this, some courts have given schools more leeway. They have found that schools don’t need even to meet the reasonable suspicion standard at all if certain circumstances arise:

School officials can question a student, as long as it isn’t arbitrary or used as a form of harassment. A search can be conducted based on the demeanor of the student during questioning.

The gray area here is that the Supreme Court gave no blanket definition of reasonable suspicion when it set a standard for school searches.

It gave the power to the school to determine what would be reasonable based on the circumstances. Additionally, it said it should be based on more than a rumor and it can’t be suspicious of the entire student body at all times. For example, making random searches of all students’ belongings is unconstitutional.

What do you think? Is the safety of public schools enough to justify this loosey-goosey approach to Fourth Amendment protections for your student at school? What rights are appropriate to take away or limit in a school setting?

View more honors & awards
David represented me for a ticket I received in Novi (possible misdemeanor charge for improper plates). I had no previous record and zero points. He got the misdemeanor charge dismissed for me and ticket reduced to a C/I. Great results and I’m so happy I had David as my attorney.
Michelle D.
David Kramer was an amazing attorney from start to finish. At our first meeting he answered any question I had and I left with complete confidence that he was the right guy for the job, and I was right. He is incredibly knowledgeable about the ins and outs of the law and is respected and liked which made the whole process so much easier. Everything that he said would happen did and at no point did I feel let down or like I had to settle for something I was unhappy with. If you want an attorney who will fight for the absolute best outcome and reassure you the whole way David Kramer is definitely the way to go.
Anna S.