Driving Under the Influence in Michigan – What you need to know 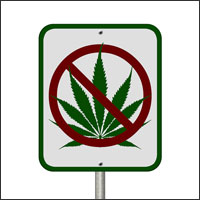 What cities in Michigan have voted to decriminalize marijuana?

Can you have an open container of alcohol on a boat?

Independence Day is almost here and this year, many Michigan residents will be celebrating. Between potato salad, catching up with family and friends, many all across the state will also enjoy a few adult beverages.

Whether you are cruising of the one of Michigan’s lakes, hanging out with family or spending time with friends at a BBQ, this week we celebrate our independence, freedom and honor those who have fought to protect us.

Driving Under the Influence with Marijuana

It was reported by the Detroit Free Press that another 20 communities will be voting on decriminalization marijuana this year.

The most recent city to join the marijuana movement and obtain enough signatures is Berkley.

Michigan isn’t the only state decriminalizing marijuana. According to the Huffington Post, Maryland has also voted to decriminalize the possession of 10 grams from a criminal offense to a civil. The first offense would equal a $100 fine.

While Michigan voters look to decriminalize cannabis or marijuana, currently it remains a schedule 1 drug. Other schedule 1 drugs include heron and LSD according to The United States Drug Enforcement Administration.

What that means is that anyone caught driving after using the marijuana will be subject to the same fines as someone who has been drinking and driving. Those fines will be discussed under the Under the Influence and Alcohol section of this article.

Driving Under the Influence and Boating in Michigan

This section of information is for anyone who will be boating in Michigan waters. Michigan has an abundance of beautiful lakes and it could be considered a crime not to take advantage of them.

If you are taking advantage of those lakes while enjoying an adult beverage or two, make sure not to get behind the wheel.

The U.S Coast Guard has been stepping up its patrols on the Great Lakes. Last year they gave out the most tickets in 3 years.

While drinking and boating does have different penalties than drinking and driving, you are still risking a lot.

The Risk of Boating Under the Influence

The first time offense you risk being guilty of a misdemeanor.

On your third violation in 10 years, you risk being guilty of a felony.

If any bodily harm is cause, you risk being guilty of a felony.

Under the Influence and Alcohol

If convicted, choosing to drink and then drive could cost you more than you know. Costs include days spent in jail, fines, time spend doing community service, suspended licenses, and points on your license to increase your car insurance.

In our recent article, Michigan’s Drunk Driving and DUI Laws You Need to Know, we outline almost anything you could wonder about drinking and driving in Michigan.

If convicted of a having a Blood Alcohol Level of below .17 and it is your first offense you face,

Independence Day is a holiday to be enjoyed and celebrated. The best celebrations are the ones where everyone gets home safe. This week, stay safe.

If you have any additional questions about Michigan’s under the influence laws, please give my office a call. I am here to help.

View more honors & awards
I met with David Kramer regarding my case. He immediately put my mind at ease as we talked about my case during the free initial consultation. He was upfront with me on what to expect. When it came time to go to court he fought and was able to get what I feel was a fair outcome. I would definitely recommend David Kramer as an attorney you can trust.
Jeff F.
I thank God that I found David at right time when I'm under severe stress and need legal help. With all his experience, he relieved me through a nightmare. I pray God to give him long healthy life and help many. Once again I thank David for all the legal help and gave my life back.
Mohan R.